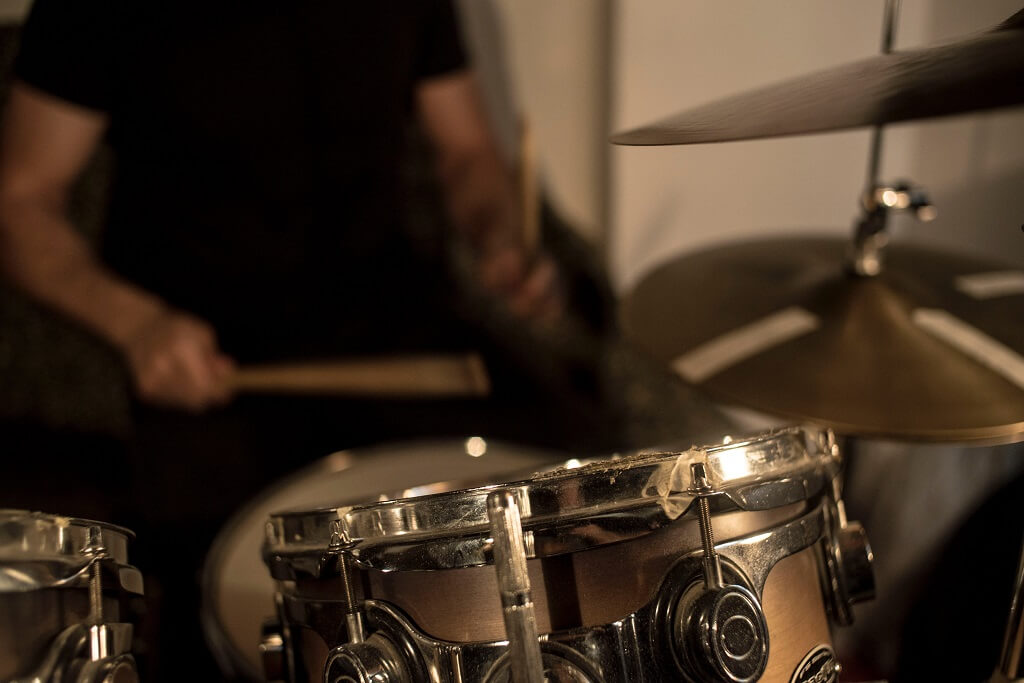 There are many different techniques you can use to record drums. In a recent post I talked about recording drums with just two microphones.

Today I want to discuss another popular technique, made famous by Glyn Johns who used this technique to record John Bonham and his massive drum sounds on Led Zeppelin recordings.

Glyn Johns started his recording career at IBC studios in the UK, where he worked as a tape operator on some sessions for The Beatles. He went on to produce, record and/or mix many iconic rock albums for famous artists including The Who, Eagles, The Rolling Stones, The Beatles, Eric Clapton and of course Led Zeppelin.

You can read his full discography here.

In fact, Glyn Johns has written a fascinating book called ‘Sound Man’ on his life and experiences working with many of these Rock ‘n Roll greats during the epic 1960’s.

What you need for the Glyn Johns Recording Technique

There are a few things that you’ll need to make the most of this technique. Firstly, you want a room that sounds good. Because you’re relying on the ‘overhead’ mics being reasonably far away from the drum kit, they’ll pick up a lot of reverberations and reflections from the room. Usually, this technique is best in a larger room with a high ceiling – at least 12 feet, so you don’t get too much slapback from the ceiling.

Another key ingredient you need for this technique is a well-tuned drum kit. Because you’re relying on the overheads for a lot of the sound, it’s much harder to fix up the sound of poorly tuned toms or snare in the mixing stage. I recommend you spend a while working with the drummer to get all the drums tuned very accurately if you’re going to use this technique.

You’ll also want to get rid of any rattles and squeaks in the drum hardware. You can use a little bit of oil on hi-hat stands and kick pedals if they are squeaking. It’s handy to have a roll of gaffer tape nearby for taping up rattly cymbal stands or tom mounts too.

The Glyn Johns technique uses four microphones – two ‘overhead’ mics, a mic in the kick drum and one on the snare drum. The unique positioning of the overhead mics is what makes this technique interesting and effective.

Placement of the first overhead mic

The first overhead mic is placed directly above the snare drum  – the exact position that sounds best will vary for each drumkit, depending on the height of the snare and the position of cymbals. One recommendation is exactly 40 inches above the center of the top snare head.

The idea for this mic is to pick up a good strong snare sound while also getting a good balance of the cymbals and the rest of the kit. You’ll need to experiment to find the best spot – some suggestion are; – directly above the centre of the snare drum, directly above the front rim of the snare (the side away from the drummer), and above the drummer’s right knee (for a standard right-handed drumkit setup).

This mic will be panned to the middle of the mix (ie at 0).

Watch out for the placement of cymbals

You will want to play around with the panning of this mic to create a little bit of stereo separation – I recommend panning about 10-20% to the right.

For a four piece drum kit (kick, snare, rack tom, floor tom), this mic setup enables you to capture the whole kit pretty effectively with a good balance of the toms and cymbals coming through in the ‘overhead’ mics. The close mics on the kick and snare allow you to have more control over these elements to give them the energy and cut through they need in the mix.

For the ‘overhead’ mics in this setup, I recommend a large diaphragm condenser microphone like the Rode NT1000, or if your budget stretches a bit further the Rode NT2000 is an excellent choice. (The main differences between these two mics are; the NT2000 has an adjustable polar pattern – cardioid, figure-8, omnidirectional. The NT2000 also has a higher maximum sound pressure level (SPL) at 147db, compared to 140db on the NT1000.)

For the close mic on the snare, a Shure SM57 is a tried and true microphone that’s been used for decades for recording snare drums. You can also try the Shure Beta57a, which has a different polar pattern (supercardioid vs cardiod), brighter high frequency response and a fuller low-end response.

Another alternative is the Audix D2 – which is a compact lightweight microphone – easy to clip onto your snare drum.

For the kick drum microphone, the Sennheiser E602 II is an excellent choice.

Well – there you have it. Hopefully this is a helpful guide to get you started on this iconic recording technique and produce some epic drum recordings!