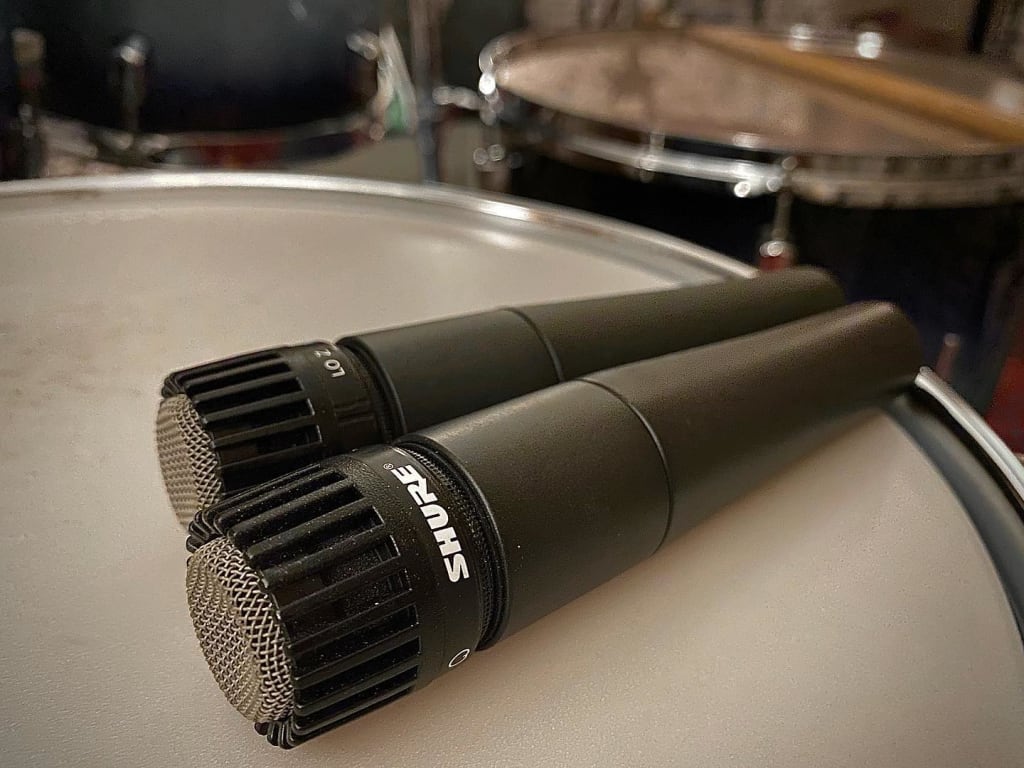 Phantom power is one of the mysterious forces to learn about in the audio recording and production world! In this article we’ll discuss what phantom power is, how it works, and do all microphones need it?

No. Dynamic microphones don’t require phantom power – they generate their own electricity.

A dynamic microphone has a diaphragm attached to a metal coil suspended between two magnets. When the microphone is on and in use, the sound waves directed at the microphone cause the coil to move up and down between the magnets. This creates enough electricity to create electric sound signals automatically, unlike condenser mics which can not produce sound without phantom power.

However, the signal from dynamic microphones does still require some amplification. In which case, a good mic preamp or mixer with a preamplifier built in will do the trick, rather than phantom power.

Can I use a dynamic microphone without phantom power?

Yes. Dynamic microphones can be used without phantom power. Dynamic mics don’t have active components and do not require a separate power supply in the same way that condenser microphones do. They are built with circuitry that functions using electromagnetism. This means that they can create their own electrical sound waves without needing phantom power.

The only catch is that these electric signals created by the microphone itself are very low and do require amplification. To contrast this, condenser microphones can create much louder signals, but without phantom power, they are completely deactivated. Whereas, dynamic microphones work and create signals on their own but simply need a preamp to amplify the signal.

So in order for your dynamic microphone to work at its best, you will need a microphone preamp. Most audio interfaces and mixers already come with a built-in preamp.

As a general rule, phantom power does not harm dynamic microphones.

Modern dynamic microphones are capable of handling the voltage without putting it to use. The reason for this is that most modern recording studios stick with balanced XLR cables.

A balanced XLR cable carries an equal 48V between pin 2 and pin 3, while pin 1 remains the ground pin. In order for there to be a voltage that can cause damage, there needs to be a difference in voltage between pins 2 and 3.

Just to be safe, you can turn phantom power off for your device while plugging your microphone in or out. This is good practice and can reduce the chances of any potential damage to your dynamic microphone, or damage to speakers from a loud ‘pop’ or thump.

What is Phantom power and why do I need it?

Keep reading to learn more about the roles of phantom power for live audio and studio recording.

How Does Phantom Power Work With Microphones?

To start off, phantom power is generally needed only for condenser microphones and a few other types of microphones that have active electronics inside them. 48v is needed for these kinds of microphones because they cannot produce enough current for themselves in order to work.

So, if you have a condenser microphone, you will need an audio interface or mixer with phantom power to be able to hear any signals coming in through your mic.

As sound waves hit the diaphragm, it vibrates and changes the distance between it and the backplate which changes the capacitance. This requires voltage  and does nothing without an external power source. This is where phantom power comes in!

Once the microphone is plugged into the audio interface via an XLR cable, the phantom power runs up the signal cable as +48v positive voltage and makes its way into the microphone’s circuitry.

In the circuitry of a condenser mic capsule, this direct current is applied to the metal diaphragm and the backplate creating a static charge between them. When the microphone is in use, and sound waves cause these two plates to move back and forth in vibration, generating a positive electrical current that is translated into audio signals by your interface or mixer.

This is because, as mentioned before, condenser microphones work with variable capacitance which requires between a 9- 48V external power supply to allow the circuitry to generate an electric signal.

Is There Any Difference Between Phantom Power and Bias Voltage for microphones?

Although bias voltage and phantom power are both closely related powering methods for microphones, they are not the same and are not interchangeable.

So you have to be careful not to bypass this circuitry as the 48v phantom power signal can damage the electronics in the microphone.

The main difference between phantom power and bias power, besides the obvious difference in voltage strength, is their relation to balanced and unbalanced systems. Phantom power requires a balanced circuit to function while bias voltage does not.

Bias voltage supplies power to a Junction Field Effect Transister (JFET) on the output of an element in condenser mics. This JFET acts as an impedance converter, limits signal loss, and provides a source of low impedance to activate the microphone’s built-in preamp.

What is the difference between a mic preamp and phantom power?

This is where a pre-amplifier (preamp) is needed. In most cases, audio interfaces and mixers have preamplification built into them. You can usually tell if there is a ‘gain’ knob present – this indicates your equipment has a preamp.

In some cases, you may want to use external preamps for your microphones. These devices are often higher fidelity which means the quality of their circuitry is higher, resulting in a cleaner sound and less background noise.

To put it simply, phantom power turns on the microphone circuitry, while the preamp boosts the signal for it to be loud enough to hear.

Phantom power can damage some older dynamic microphone if the cables are not balanced. If you have the option to turn phantom power off, then you should do so.

Will a condenser mic work without phantom power

No, a condenser microphone will not work without phantom power as they require phantom power to activate their circuitry. In some cases

Phantom power is only necessary if you are wanting to use a condenser microphone or certain types of microphones with active circuitry that require power to operate.

No, USB microphones don’t need phantom power as they receive power from the USB connection, which also doubles as the signal cable.

What if my audio interface or mixer doesn’t have a phantom power circuit?

If your audio device doesn’t have a phantom power circuit, you can consider obtaining a dedicated 1-Channel 48V Phantom Power Supply. This is a device that adds 48v power to a single microphone circuit.

Tim Wells is an experienced musician and producer